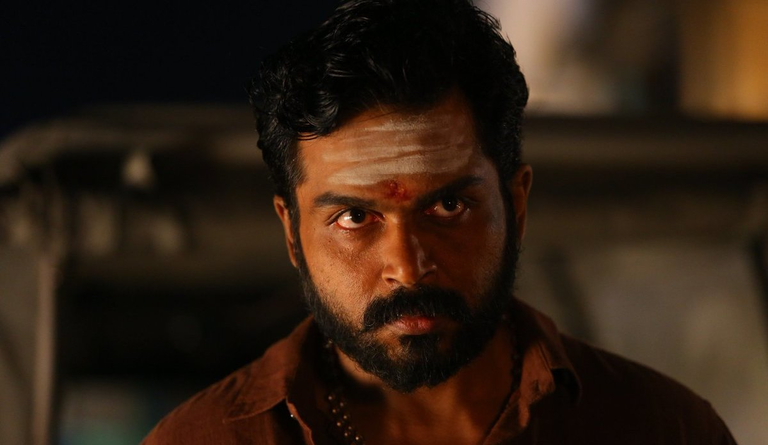 This is an action adventure movie that leaves the audience thrilled throughout their sitting. This film is written and directed by Lokesh Kanagaraj. One of the best hits in all tollywood films as latest Action movies on aha. This is a must watch film if you are a fan of karthi and his action adventure in the films.

The story begins with a police officer who struggles to save his poisoned mates from drug lords as they seal tons of drugs from a truck on the highway. A criminal named Dilli, who was on his way to meet his daughter as he was arrested for a murder 10 years before, arrested for some misconception and asked help by police officer to save his mates by taking them to the nearest hospital from the highway. They both load all other police officers who were poisoned on a truck and go on a journey as they were sometimes attacked by the drug lords. In the meanwhile, the drug lords also try to attack the police station to take the drugs but as the building was constructed by britishes, it is strong enough not to be broken normally. A constable and a few youngsters who were caught by police by drinking on the street stuck in the police station and tried their best to save the station by closing all the possible pathways. As they struggle, dilli along with a police officer drops everyone at hospital and both return to the station to save them, dilli enters through a secret pathway police suggested, where at the same time the drug lords break open the doors. What happens then is the adventure in the film that you should watch.

Why to watch Khaidi:

This is one of the best films to watch along with your friends and family if you want high time to spend along. Watch khaidi movie online. It is the latest action films on aha and best hits in tollywood films. It is a must watch movie.